The more I think about Re:Zero, the more infuriating it becomes. 2016’s third monumental mainstream title is a sham! It shot for the stars, gave up halfway, and settled for firey Venus. It had a lofty goal of delivering a message to the audience about their habits, but amidst the laughable, self-indulgent torture of its main character and neat-looking “directing tricks”, it was too scared to commit. It’s The Last Jedi of anime, except even worse. Both start off harmless enough but by the end divulge into a mess, except I resent this show more for its sheer dishonesty as opposed to just not having a backbone. 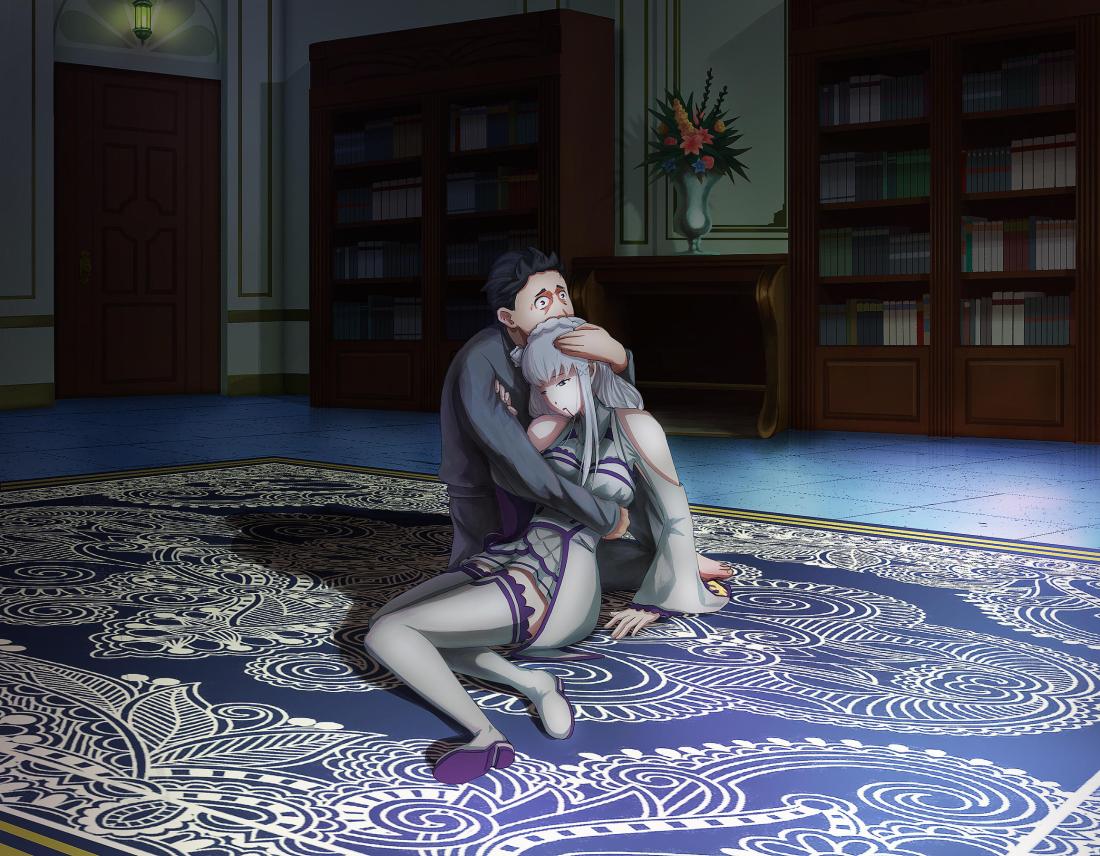 So, what did Re:Zero attempt to tell us? To find out, you’d need to understand the main protagonist. Wanna know why you hated him? It’s because he was meant to represent you, the entitled audience who escapes life by inserting yourself into fantasy. You who feels entitled to a 2D anime girl of your choice because you think you understand life and the scenarios of any given genre of fiction. He is an attack, a satire on the self-insert, as well as a twisted reflection of the audience, at least for 3/4 of the show. You see, after the infamous confession scene in episode 18, he stops being antagonized or treated as someone who just doesn’t get things. Now he suddenly is smarter and less desperate than he’s ever been; now he’s going to get the girl and help defeat the enemies who caused him immense pain earlier. Now he’s easier for you to insert yourselves into, and now he is suddenly cool with many of the people who felt disgusted or annoyed by him. He lost the one thing going for him, the one thing that made him better than the rest of the cast. He has now become the self-insert he was created to mock.

That’s not to say they did a remotely good job to begin with. For one, there are moments in which after the mildest of trial and error, he suddenly knows how to solve any given situation. Afterwards, everyone around him who hated or otherwise didn’t care much for him is suddenly cool, but on a smaller scale. Look no further than the end of the second arc, with the now iconic Rem turning from hating Subaru and wanting him dead, to loving him with the passion of a yandere, in the span of an episode, solely based on him helping her survive even when bleeding badly himself. I get that this is a noble action and that if you hated someone and he did that for you, you’d likely rethink your position on that person, but Rem becomes an entirely different character in the span of one scene! If this moment didn’t reveal the show’s true colors, then the third arc which comprises of the entire second half of this show, most certainly does. 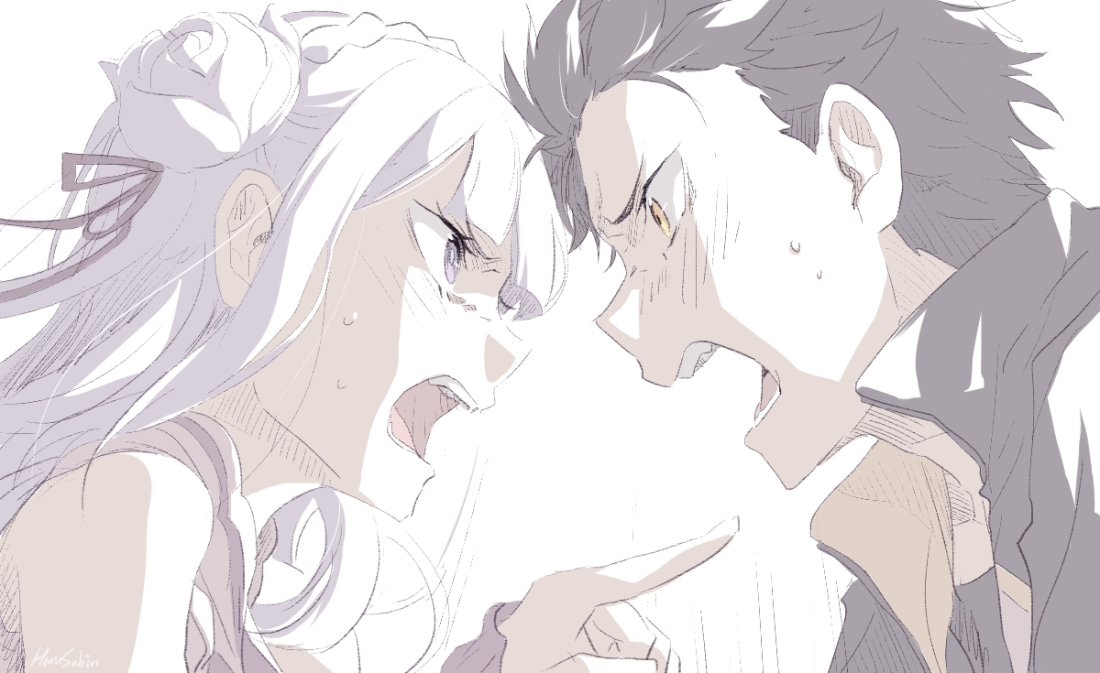 They do still give Subaru the most painful wake-up call in recent years, but often through contrived means that are poorly resolved. The payoff of Subaru realizing his mistakes, adapting, and improving never hits, as even with his blood sweat and tears, it’s never truly earned. After the relentlessly awful gauntlet of middle episodes, after their insulting attempts at shaming Subaru through pathetic “aesops” and punishments characters inflict that are contradictory to their nature, as well as one of the most horseshit plot ideas I’ve seen with questionable existence-erasing gas, the show can’t handle it anymore! After all of the headache it put us through, it instead opts to play it as safe as all the Light Novels it went against! It’s all part of this ridiculous cycle where it punishes and tortures Subaru and therefore audience by proxy, and then handsomely rewards them with more waifus and cool shit with the sole purpose of the pattern beginning once again for three arcs in a row. It’s especially insufferable in this third arc given that this is where it pretends like this is the last straw for Subaru and employs all of these fake lessons, developments and trials before actively undercutting all of that once again. No wonder nothing feels earned! No wonder the aesops and lessons the show piledrives into Subaru’s/our skull in this arc in particular are so offensively fake! No wonder I feel ripped off! This show is one of the most dishonest anime I’ve ever seen!

This isn’t even going into other reasons why the writing crumbles faster than Subaru’s mental state, from the pathetic names of some of the enemies, to time loops in which certain events that could not possibly play differently or happen at all somehow do (episode 3 has one with a little girl Subaru and his girl Emilia helped out previously), or how people know the smell of the underlying threat of this series –Satella, the jealous witch– despite how they never saw her or smelt her. This isn’t even bringing up the laughable excuse of a finale, the hideous fight sequences and CGI, or how horrendously defined the checkpoint system truly is. The lack of remotely decent side characters and character designs wasn’t taken into account either, though to add, the cast is less interesting than even SAO’s, and the villain is laughably horrid. The merits regarding the opening/ending themes and some of the visuals were left off the table as well. This is ultimately a cursory glance at the show’s mishandling of its promised message and themes rather than a holistic look at the show’s folly. As it stands, Re:Zero was only remotely respectable in its initially shoddy mediocrity, not when it laughably abandoned all pretenses of bravado and sincerity.

Care to Re:Set for us, Re:ZERO? 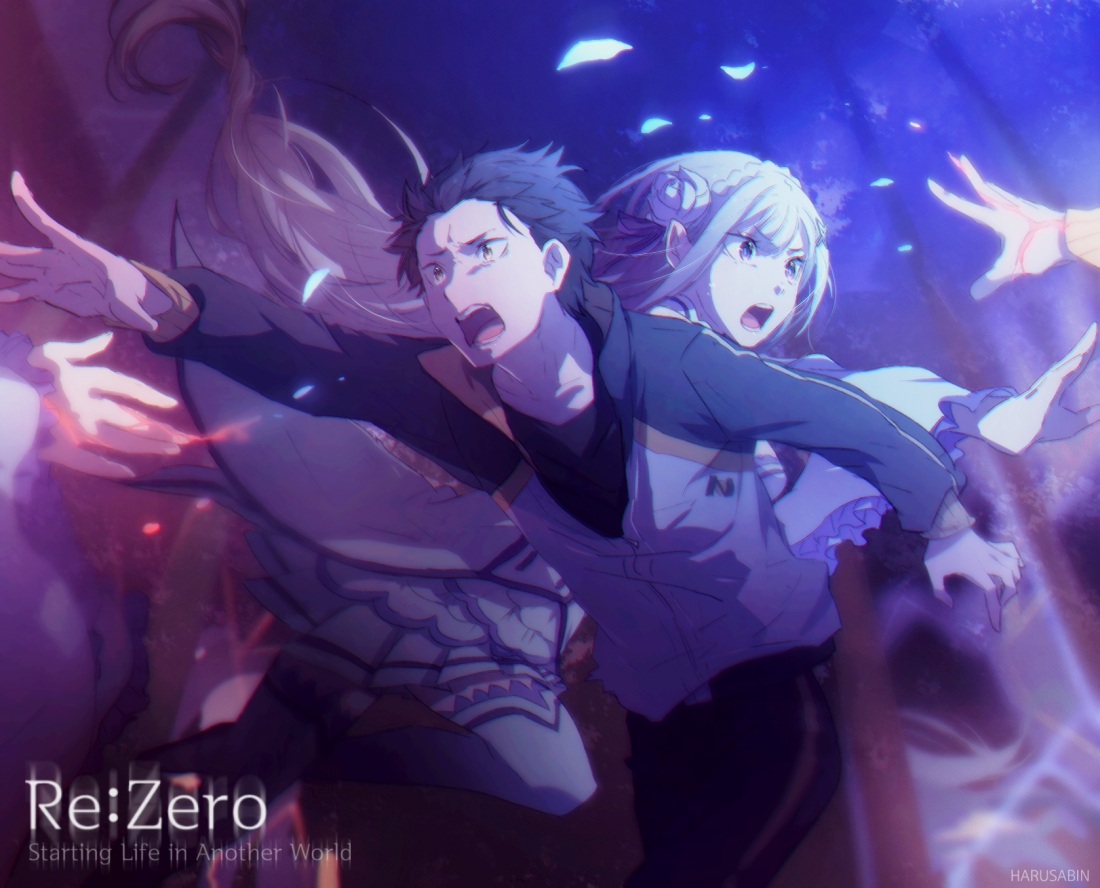 View all posts by codeblazefate